"If you can breath you can do yoga" 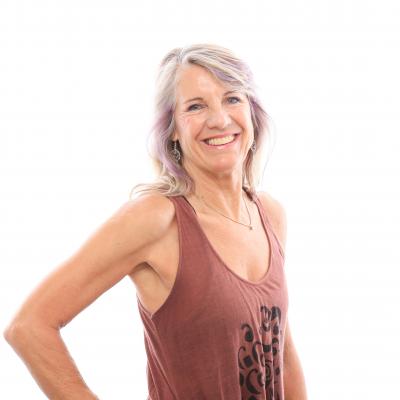 Originally from London, I have lived in the Bay Area for many years. As a single Mom, I spent many years working for attorneys in order to raise my son and daughter, but about eight years ago I realized I wanted to change directions and teach yoga for the rest of my life. In 2012, I trained under Brian Monnier, who studied for many years with Tony Sanchez. This yoga is based on the Bishnu Ghosh lineage of hot yoga. In August, 2014, I completed an intensive week of Yin Yoga training in Vancouver, Canada, under Bernie Clark who trained with Sarah Powers, and following that training I completed the Yogaworks 200 hours, RYT/Yoga Alliance training. I have also participated in meditation workshops and in 2017 completed a 30 hour intensive Accessible Yoga Training with Jivana Heyman, along with meditation and chanting, at the beautiful Sivananda Ashram Yoga Farm in Grass Valley. Currently, I teach private, customized online private classes as well as yin yoga, meditation, hot yoga, chair yoga and accessible yoga.

I believe that everyone in every body can benefit from yoga and by creating a mindful practice, with focus on the breath, hand on adjustments and modifications if necessary, each student can move towards their full potential.