Seek to Give Love Rather Than Receive It 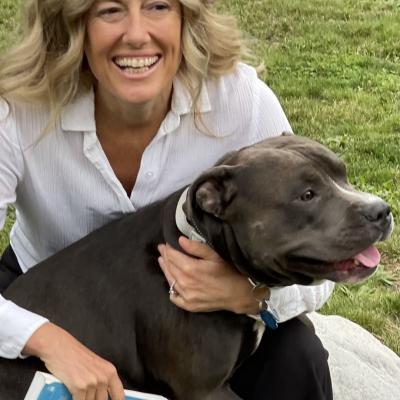 What Is The Essence of Spiritual Practice?

To activate by inspiration, dedication, and decision of will those aspects of consciousness which become progressively self-actualizing. They are empowered by compassion, devotion, humility, and the willingness to surrender to unconditional love. Perception then transforms into spiritual vision. This evolution evokes a supportive response from the highest levels of consciousness for it takes great power to overcome the 'gravity' of the earthly life and its habits of perception. The act of worship is an entreaty and invitation to these higher energies for assistance in one's spiritual endeavor.


Of What Use Is Prayer?

Supplication is an act of humility. To lower levels of consciousness, prayer is an attempt to 'get' something for self or others, such as a new car, a job, recovery from illness, or special favors. With progress, this intention to control God is given up and the act of supplication becomes a dedication instead of a request. In war, both sides pray to win. With progression of consciousness from selfishness to selflessness, the quality of prayer shifts to the willingness to be a servant of the Lord and a channel of His Will without trying to specify the what or the how it is to be done.

Prayer becomes surrender rather than supplication. Many children lose their faith in God by using prayer in the form of pleading and then become disappointed when the requested benefit fails to appear.

The 'way' of spiritual advancement through consciousness is actually uncomplicated and simple. The primary quality is really one of attitude in that one looks at life not as a place to acquire gain but as an opportunity for learning, which abounds in even the smallest of life's details. A spiritual attitude leads one to be friendly, kind, and well-meaning to all life. We find ourselves walking over an ant carefully rather than squashing it, not as a compulsive must or a religious rule, but out of a greater awareness of the value of all life. All animals will be discovered to be individuals who respond to respect and attention. Even plants are aware of it when you love and admire them.

This again is an attitude, an awareness of the limitations of the mind and appearance. There is an increasing awareness that life is filtered through perception, and that what is going on is primarily attiudes and perceptions rather than self-existent, external realities.Willingness to Overlook and Forgive; Kindness

As a serious spiritual student, one has to resign from the self-appointed duties of being one to judge, correct, control, direct, change the world, and express opinions about everything. As a serious spiritual student, one is no longer obligated to continue these chores and, instead, they are turned over to divine justice. Inasmuch as the mind has no idea of what Reality even is, relinquishing these former duties will be a relief and also bring an end to a lot of guilt. It is therefore quite helpful to give up 'causes' and rallies for the oppressed, downtrodden, other victims, and sentimentalities. Each person is merely fulfilling their own destiny; allow them to do so. With detachment, it will be observed that most people enjoy the melodrama of their lives.


Seek to Give Love Rather Than Receive It....Most humans believe that love is something you get, that it is an emotion, that it has to be deserved, and that the more you give away, the less they will have. The opposite is the truth. Lovingness is an attitude that transforms one's experience of the world. We become grateful for what we have instead of prideful. We express our lovingness when we acknowledge others and their contributions to life and to our convenience. Love is not an emotion but a way of being and relating to the world.

People fall into the trap of getting even or making constant remarks. they create enemies and animosities. These preclude a peaceful life. Nobody needs enemies. They can retaliate in ways unseen and so bring on unfortunate consequences. There is no such thing as winning a conflict; that results in hatred by the loser.

The majority of domestic violence is a physical response to verbal provocation. However, in our society, victims seldom take responsibility for the provocation, temptation, or hurled insult.
It serves spiritual progress to always accept responsibility for all that befalls one and avoid the trap of being a victim. From a higher view, there are no victims. Nothing in the world of appearances has the power to cause anything.


Choose A Benign Role and View of Life

Harsh viewpoints are not conducive to spiritual growth. Even if they are 'right' or 'justified', a spiritual seeker cannot afford them. One has to give up the luxury of revenge or enjoying that 'justice has to be done' when a supposed murderer is executed. One cannot violate basic spiritual principles without paying a price. The spiritual seeker sees through the illusion and therefore gives up the role of judge and jury. Nobody goes 'scott free,' as people indignantly protest.

With kinesiology, one can quickly affirm that not one iota is missed by the universe; literally, every hair is counted, every fallen sparrow noted. No kind word goes unnoticed. All is recorded forever in the field of consciousness.

This is an attitude of withdrawal of emotional entanglement in worldly affairs. It leads to serenity and peace of mind. It is supported by refusing the emotional seduction of other people's problems. It also involves a willingness to allow the world and its affairs to work out its own problems and destiny. Reactive involvement and intervention in the world can better be left to people who have a different calling.
A 'good person' is one thing; enlightenment is another. One is responsible for the effort and not the result, which is up to God and the universe.

Nonattachment is not the same as indifference, withdrawal, or detachment. Misunderstanding that the development of detachment is required often ends up as flatness or apathy. In contrast, nonattachment allows full participation in life without trying to control outcomes....

You will focus on

How to come prepared